This new article was written specifically for our FREE website and will be the first of many new articles from Dr. Schild

1.  What are the Modern Miracles?

Lives of people are often affected by remarkable occurrences that cannot be explained by the precepts of modern science.  There is a general sense that most of these phenomena occur within the brain, but seem to be otherwise un-explainable. The most common examples that I cite are:

The response of our establishment, and particularly the University community has been basically “divide and conquer.”  They are easily identified as simple mind phenomena, and dismissed as something that you read about in National Enquirer.  “It’s just those NDE people again.”  “He sees ghosts, Ha, Ha, Ha.”  “Telepathy is just some simple empathy effect of the mind.”  What is presently lacking is some overall understanding of what property of the mind, or of the Universe enables these phenomena.

But these phenomena are often quite real to the perceiver, who often feels let down by our scholarly research community.

The Quantum Hologram (QH) formulation of the predominant description of all nature seems to offer understanding.  This formulation has origins in several research threads, but perhaps the most prominent is the theoretical and mathematical consideration of mathematician Walter Shempp and Scientist/ Astronaut (APOLLO 14) Dr. Edgar Mitchell.

The key point is that the Quantum Hologram formulation sensibly explains all of the Modern Miracles.

An important property of the quantum description is that it is not confined to the location of the object, and so is said to be non-local.  Here, what is described by the word non-local means that when two particles collide, as in a particle accelerator, their recoil particles are conjoined over spaces of many miles, so that measurement of the properties of one particle causes instantaneous definition of the quantum state of the other over the vast distance.  In particular, this co-joining occurs at speeds measured to be faster than the speed of light.

This is not a problem for the theory of relativity and the finite speed of light. Recall that the Einstein Special Theory of Relativity states that no particle can travel faster than light, but this does not seem to restrict the quantum description of particles.

A key component of the quantum description of all existence is that it is carried on a single quantum field, meaning that since all reality is carried on a single entity, the descriptions of all things are local to each other.  This explains how so many things seem to be able to interact with one another.  Thus in telepathy, since the mind of individual A is carried in the QH field shared with individual B, the two are closely in contact throughout spacetime, and telepathy is enabled.

This allows us to understand the nature of “emergent properties.”  It has been noted that something seemingly simple like the flapping of a butterfly’s wings in Illinois can produce a thunderstorm in Siberia 5 days later.  Of course it is true that the butterfly’s miniscule atmospheric disturbance happened to be amplified by atmospheric convection currents over the Illinois cornfields, perhaps further amplified by jet exhaust and other atmospheric weather-related forces of many kinds, with the dramatic storm resulting.  This combination of subtle effects, far to complicated to measure or understand or describe, and ordinarily seen to be unimportant and unrelated, produced the extreme weather remotely, and this is therefore discussed as a simple result of “emergent properties”.

Thus we understand phenomena like remote viewing as arising as the emergent property of the act of consciousness, seen as a sentient being’s mental response to a distant observer’s viewing of reality.  Since the remote viewer formulates a mental image of the scene, and the mental image is transmitted by the brain in a process similar to the brain’s receiving such information, and since the remote viewer and receiver share a description of the remote sight, the local viewer, with training, “tunes in” to the mental perception of the remote viewer.  This property is assisted if the remote viewer and the local perceiver are friends or relatives, so that that the conjoining of the minds is a previously learned brain function.  Similarly, some people can feel the unique presence of another known person by just “feeling their energy,” and it is un-surprising that, in this case, can even know from their “feeling” who the unseen person is.

In a similar way, astrology is relatively easily understood.  The current scientific view is that the solar system planets exert only tiny gravitational forces on any particle or life-form on earth, compared to the enormous gravity of the Earth itself, or of the Sun, and therefore there should be no astronomical connection between planets and human emotional state.  But as we increasingly understand the nature of consciousness to involve a resonance with the quantum description of all matter, and since the quantum description of planetary locations and alignments can grossly affect this locally perceived consciousness component, astrology would naturally be enabled.  In other words, because the description of the planetary masses shares the same quantum field as the description of consciousness because of non-locality, celestial planetary alignments can have more power over consciousness activity than implied by the classical physics gravity description would predict.

The following section contains a description grounded in the traditional scientific mathematics of the Einstein General Relativity Theory.  In the subsection is a description of applications wherein gravity is cancelled by vorticity.  In a later section, the quantum description of consciousness will include vorticity.  Thus the ability of some religious practitioners to achieve levitation resulting from their meditative practice is also potentially explained as described in the section to follow.

3. What, exactly, is the Quantum Hologram?

This topic is ordinarily discussed only by scientists, and can only be  reasonably described in their own vocabulary.  Less qualified readers might prefer to skip this section.

The question in the sub-title is equivalent to asking, “what is the basis of the quantum description in the physical theory of matter?”  In a university course on quantum physics, this question is not addressed.  The quantum description of matter is simply described as having a basis in information, with no clear definition of what is “waving” although some scientists have commented that it is something like the ether.  Because the claimed existence of a “dark energy” seen in analysis of supernova brightness curves as probably a scalar field in the Einstein 4-dimensional description of space-time has lead some to conclude that the dark energy is the quantum field, we discuss it in such terms.  But we feel that the accepted supernova detection of dark energy is not supported by data, since the supernova brightness measurements have not been corrected for the baryonic dark matter seen throughout the cosmic universe, foreground to distant quasars, and revealed by their Lyman-alpha hydrogen gas absorption signatures.  In other words, the missing baryonic component of dark matter is probably seen in the Lyman-alpha absorption clouds, which are seen by their absorption line signatures to be absorbing the quasar’s light, and are surely also refracting it, but have not been corrected for in the supernova brightness analysis.

However the understanding of the quantum description of matter as resident in a scalar field as described by Einstein is probably correct.  In this case, the quantum field descriptor of matter is a descriptor of an attribute of space itself.  It is easiest to understand as each of the 4-dimensions of space-time being complex numbers, with each dimension having a real part as always understood, but also having an associated imaginary part, meaning each dimension has an associated attribute of frequency. In pure mathematics, this is described as a 4-dimensional Stein manifold, with the relationship of the imaginary part to the real part described by Parseval’s theorem.

In subsequent essays to be written for the FREE (Foundation for Research into Extraterrestrial Encounters) website we will describe how consciousness is related to Helical waves sharing the same quantum space, and as quantum descriptors of vorticity, being off-diagonal components of the Einstein Stress-Energy tensor describing the curvature of space.

Moreover we will see that this description is compatible with the Einstein Strong Principle of Equivalence, which states that all permitted space transfor-mations have a time-like coordinate transformation.  With this understanding, it is reasonable to understand that the quantum description of matter is unified with the relativity theory if the Vacuum Zero Point Energy represents the intersection of our imaginary coordinate components with the related imaginary components in all universes of the multi-verse.  Thus it follows that if our Universe is comparable to all other universes in the multiverse, the google-valued Vacuum Zero Point Energy measured in our Universe shows that there are a google number of universes in the Multi-verse.

This also puts perspective on UFO properties.  An anti-gravity property has often been noted, where the craft hang motionless and silent in the sky.  But if the spacecraft can create sufficient vorticity, of a sense to operate through the General Relativity equations as negative off-diagonal terms of the stress-energy tensor that cancel the positive gravitational force, the observed neutral buoyancy of the craft would be achieved.

A second UFO property is similarly explained.  Observers describing UFO appearances often describe the unexpected changes in forward motion of the craft, whereby without decelerating to stop, and re-accelerating in a new direction, the craft are instead observed to simply undertake a right-angle turn at normal cruise speed.  This would imply impossibly large forces to change the craft’s momentum instantaneously.  However, if the mass of the craft, including its occupants, has been cancelled by a vorticity induced by magneto-electrical currents, the mass component that is featured in the principle of equivalence, would be cancelled and with it the craft’s momentum on either the original or the observed altered direction. 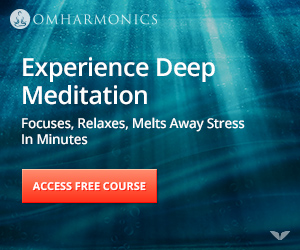